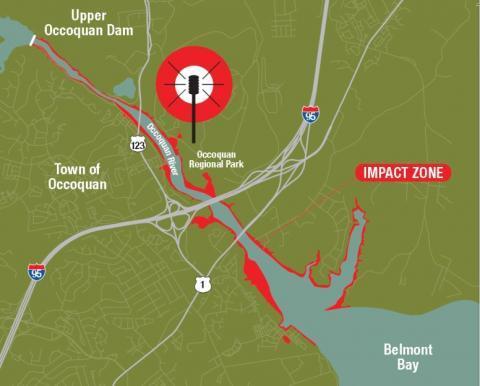 An audible test of the Occoquan Dam siren system installed along the banks of the Occoquan River between the Town of Occoquan and Belmont Bay will be held at 10 am on November 16, 2022. People living and commuting in the area will hear a loud siren at that time.  Please note that during the test, there is no need to seek higher ground when the siren sounds.