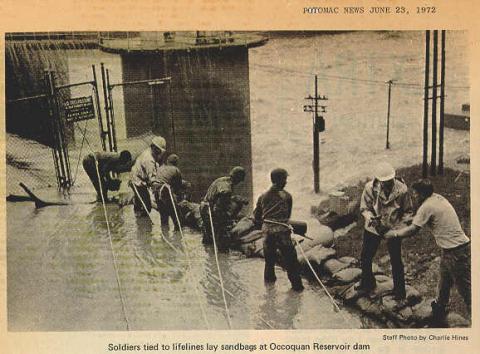 Fifty years ago this month, Hurricane Agnes hit the region. At the time, Agnes was the costliest hurricane in the United States. The hurricane caused an estimated $2.1 billion in damages across 15 states and Washington, D.C. Sadly, 128 people lost their lives due to the effects of the hurricane, including flooding and tornados. Because of the devastating impact of the hurricane, the name “Agnes” was retired from the list of Hurricane names in 1973.

Fairfax Water, then known as Fairfax County Water Authority, was hard hit by this storm, as were so many households and businesses in the region. A large area of the town of Occoquan had to be evacuated and damage to Fairfax Water facilities was extensive. As flooding increased, raw water pipelines were washed away, pumping stations were destroyed and, eventually, boulders rolling down the creek broke a 30-inch finished water pipeline. In the town of Occoquan, the Route 123 steel truss highway bridge built in 1878 was knocked down from its abutments and swept down the creek.

At noon on June 22, 1972, Fairfax Water was forced to shut down treatment processes because the raw water pumps were submerged and the break in the finished water main couldn’t be isolated. The water supply to over 500,000 people in the city of Alexandria, Fairfax, and Prince William counties was completely cut off.

During the entire emergency, employees worked through the night to obtain supplies - pipes, fittings, and valves - so they could restore service as quickly as possible. Working with volunteer firefighters, Fairfax Water was able to provide limited service in Fairfax County within 35 hours after the treatment plant was shut down and service to Prince William County ten hours after that. Service was fully restored in the service area in eight days. Damage to the dam structures and the facilities was so extensive that it took four years to complete all the repairs. 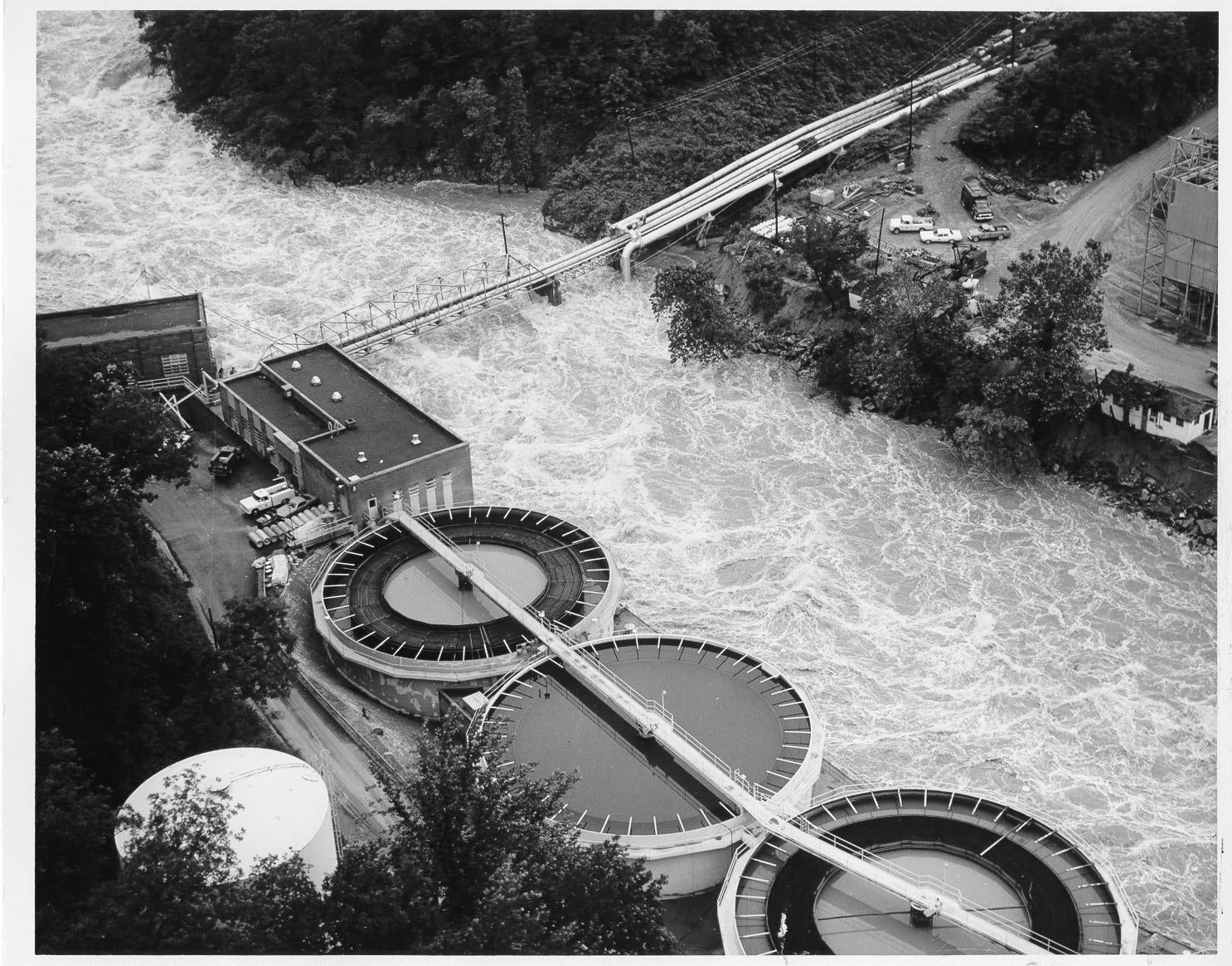 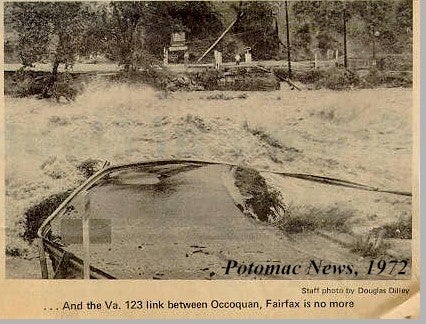 Severe weather and other emergencies can happen at any time and at Fairfax Water, we never stop preparing for these types of unexpected events. While these weather events cannot be prevented, lessons learned from Hurricane Agnes have greatly helped to improve the region’s response to severe weather.