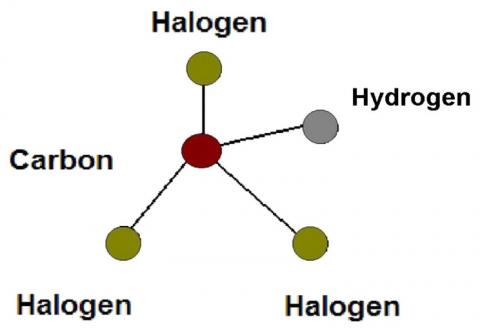 A recent news story reported on the presence of Trihalomethanes – commonly called THMs – in drinking water. THMs, which are present in most drinking waters, are formed when drinking water is disinfected. Most source waters, like the Potomac River or Occoquan Reservoir, contain some natural organic matter. THMs are formed when chlorine, a disinfectant, reacts with the natural organic matter found in water. The Environmental Protection Agency (EPA) regulates drinking water and requires that all drinking water be disinfected. EPA also sets a standard for the allowable limit of THMs in drinking water. The Maximum Contaminant Limit (MCL) for Trihalomethanes is set at 80 parts per billion (1 part per billion is equivalent to about 1 second in 32 years) and measured by reporting an annual running quarterly average. Fairfax Water's annual running quarterly average for THMs in 2006 is 30 parts per billion for the southern portion of Fairfax County and 16 parts per billion for the northern portion of Fairfax County. As you can see, these THM levels are well below EPA's limit. The highest level of THMs found in a sample collected in Fairfax County in 2006 was 40 parts per billion. For more information regarding water quality, please visit our website at http://www.fairfaxwater.org/water/index.htm.