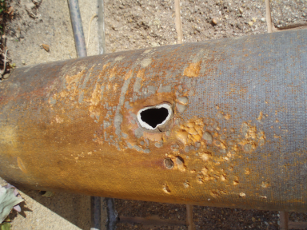 Replacement of aging water infrastructure is a national issue.  A recent report released by the American Water Works Association, Buried No Longer, stated that infrastructure replacement costs will exceed $1 Trillion by 2035.

The need for infrastructure replacement is not a new one.  For many years now, the Fairfax Water Board of Directors has dedicated funding to ensure that our infrastructure can be replaced as needed without placing an unusual financial or service burden on our customers.  Analysis is done each year to determine future needs for replacing water mains in the system.  To identify which mains will be replaced a number of factors are considered:

Below are some key factors that keep Fairfax Water at the top level of service and the bottom of the charts in terms of cost and service disruptions to our customers:

·         Fairfax Water's distribution system is relatively young.  Over half of our mains (56%) have been in the ground for 30 years or less.  Only 23% of our distribution system was installed in the 1950's and 1960's.  This is one of many reasons our system-wide break rate is the lowest in the region.

·         Even though our system is newer and performing better than many, Fairfax Water's Board and staff recognize the need to effectively manage our underground assets to maintain a high level of service for our customers.  In 2010, Fairfax Water began to look at this issue in a new light by incorporating service levels and other factors in the prioritization of funding for replacement.  Using these factors, we were able to identify a target service level goal and estimate the funding that would be required over the next 75 years to maintain our distribution system performance in line with the top performing water systems in the country.

·         In 2011, our Distribution System Sustainability program included design and construction of 30 projects totaling almost 5 miles of main, as well as the design for the replacement of an additional mile of water main along Route 1 in the Mount Vernon District.

·         In 2010, the Fairfax Water Board increased the Distribution System Sustainability program expenditures by 50% to $9 million per year and is planning to further increase them to $11 million per year in 2013.